Chevron achieved a subsea engineering feat in 2015 when it completed the drilling of a well intersection conduit beneath the Congo River’s submarine canyon – one of the largest in the world – as part of the Congo River Canyon Crossing Pipeline Project.

At approximately 2,000 feet (610 m) beneath the seabed, the Congo River Crossing is Chevron’s largest-ever well intersection and was the most technically challenging aspect of the project.

Chevron holds a 38.1 percent interest in the 87-mile (140-km) pipeline, which was designed to transport up to 250 million cubic feet per day of natural gas from Blocks 0 and 14 to the Angola LNG Plant.

Gas flow to the plant commenced in September 2016. 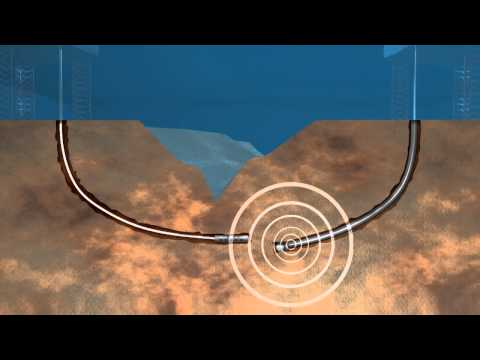 Jack-up rigs on both sides of the Congo River submarine canyon simultaneously drilled wells that intersected precisely mid-point beneath the canyon.