our history in Angola

more than 60 years of operational excellence

Chevron has been in Angola since the 1930s, when Texaco® products were first marketed there.

Today, through our wholly owned subsidiary, Cabinda Gulf Oil Company Limited (CABGOC), we have an operated interest in two concessions: Block 0, off the coast of Cabinda province, and Block 14, in deep water. We also have a non-operated interest in an onshore joint venture, Angola LNG Limited, a 5.2 million-metric-ton-per-year plant in Soyo.

Our exploration and production activities began in 1954 when CABGOC conducted its first geological field survey. Four years later, the first onshore well was drilled at Ponta Vermelha. In 1966, our first offshore discovery was made in the Malongo Field, followed by first oil in 1968. The Takula Field was later discovered in 1971, and in 1975, oil was found in Block 2 of the Essungo Field. 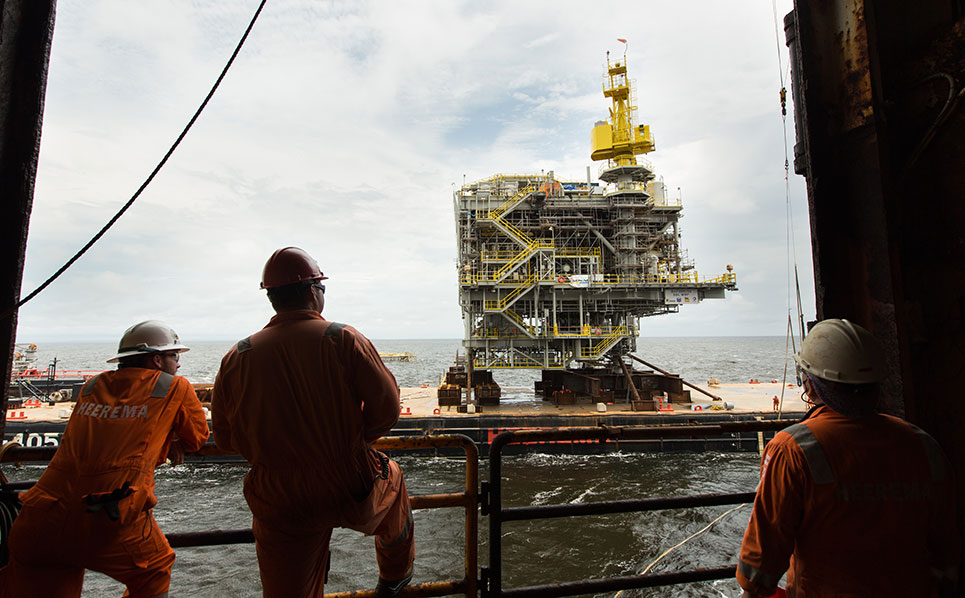 In 1986, additional exploration by Chevron coincided with the delineation of Angola’s Block 0. To maintain optimal pressure during production, we began using water-injection technology at the Takula Field in 1990.

In 1997, Chevron announced the discovery of the Kuito Field, the first of a series of major oil finds in the Block 14 concession. Two years later, Kuito became Angola’s first producing deepwater field.

In 2015, Chevron reached an impressive milestone in Angola: 5 billion barrels produced from Blocks 0 and 14. More than a billion of that production came from the Takula Field.

In 2016, we completed the Congo River Canyon Crossing Pipeline, and restarted then resumed shipments from the Angola LNG plant, which produced its first shipment of liquefied natural gas in 2013.

In early 2017, the main production facility of the second stage of the Mafumeira Field development was brought on line and gas export to Angola LNG began in mid-2017.

In 2018, six new wells were drilled in Mafumeira Sul and ramp-up continued at the main production facility with a total daily production averaging 52,000 barrels of liquids and 147 million cubic feet of natural gas exported to the Angola LNG plant.

In 2019, Chevron continued deployment of Advanced Process Control (APC) to enhance operations at key facilities around the world. Through the collection of real-time data, application of sophisticated optimization algorithms, and enhancement of its control capabilities, the company is delivering higher throughput and reliability worldwide. In Angola, Chevron deployed APC at the Angola LNG facility to maximize production.

The Sanha Lean Gas Connection Project (SLGC) reached final investment decision in January 2021. It comprises a new platform that ties into the existing Sanha Condensate complex and new connecting pipelines for gathering and exporting gas from Block 0 and Block 14 to Angola LNG through the Congo River Crossing pipeline.

For the latest figures, view the 2020 Supplement to the Annual Report.